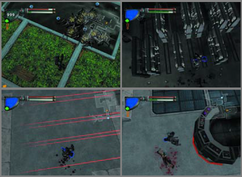 The residence area is the main living quarters of Vault-Tec's Secret Vault. It is the company's private Vault, where its members intended to survive the apocalypse and later re-enter the world having all the useful technologies at their disposal. When a conflict between the scientists and chief security officer Blake lead to a civil war inside the vault, a major explosion occurred consequently. This explosion separated the people into several groups. While the people who remain in the residence area feel quite comfortable compared to those who remain in other sections, they were first to die when the super mutants attacked.

The whole residence area is now under the control of super mutants, who killed all the previous inhabitants. Radbugs have also found their way here, and some security robots are still active. The whole area consists of three levels and a Hub chamber, where a mutant leader Attis resides, waiting for the Brotherhood of Steel initiate to come, bringing the key to the laboratories.

See the local maps for the exact locations of the listed items.

The Secret Vault's residence area appears only in Fallout: Brotherhood of Steel. 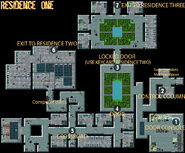 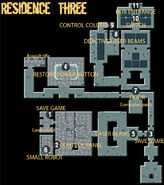 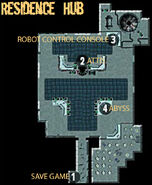 Residence Hub map
Add a photo to this gallery
Retrieved from "https://fallout.fandom.com/wiki/Secret_Vault_-_Residence_Area?oldid=3449375"
Community content is available under CC-BY-SA unless otherwise noted.