The scorchbeast queen is a creature found in Appalachia, only encountered during Scorched Earth.

The scorchbeast queen is an endgame boss in Fallout 76. It can only be spawned by completing Mission: Countdown and choosing to drop a blast zone upon Fissure site Prime, triggering the public event Scorched Earth. Eight or more participants are recommended for this difficult server-wide event, in which it must be killed within 30 minutes. During this engagement, waves of Scorched enemies will defend the queen.

The scorchbeast queen utilizes several different attacks, but is constantly shrouded by a large, potent radiation-damage cloak. All other attacks are treated explosions and rightfully deal area-of-effect damage.

When airborne, it will primarily release a long-range, targeted sonic attack, which counts as explosive physical damage. The interval between these attacks is at least ten seconds.[1] The strafing attack disperses a lingering poison damage fog across a wide area. If the queen is unable to detect players, it will continuously dust the approximate area.

While grounded, the queen performs a sweeping attack using its wings to swing deliver heavy damage to the party within melee range. It may also perform a lunging attack to close the gap should its target leave its range. When surrounded,[verification needed] it may cover itself with its wings before releasing a explosive shockwave which not only deals damage, but also summons Scorched to its aid. Unlike the standard scorchbeast, the queen can call nearly any Scorched creature to its defense. The possible minions are detailed below:

The resistances of the scorchbeast queen, like all other creatures in Appalachia, are determined by a level curve table. After its resistances take effect, the queen reduces all incoming damage by an additional 70%. Similar to other creatures, the scorchbeast queen will rapidly heal itself over time after a period of not taking damage. As a legendary creature, the queen will regenerate health to 150% once upon reaching critical health.

Note: the party must deal at least 1,000 damage to the queen in order to qualify for loot. 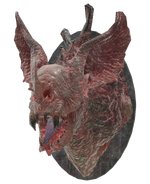 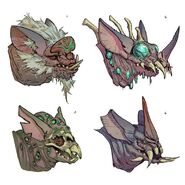 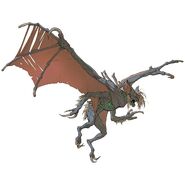 Community content is available under CC-BY-SA unless otherwise noted.
... more about "Scorchbeast queen"
RDF feed
Has platform
PC +, Xbox One +  and Playstation 4 +
Advertisement