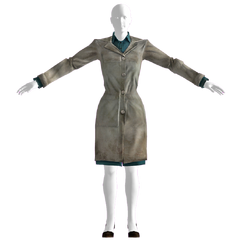 Scientist outfits are pieces of clothing in Fallout 3. They provide a bonus of +5 to Science.

They are worn by James during Baby Steps, the ghoul scientist at SatCom Array NW-05a, the scientist blowing himself up from a truck near Broadcast tower KB5, Doctor Preston, Janice Kaplinski, Sandra in Haven, and the last few are worn by 3 or 4 Project Purity scientists.

The lab technician outfit is similar to the scientist outfit, with a noticeable difference being a teal undershirt and beige pants/tie for the male, and a teal dress for the female, instead of a dark blue. It is worn by scientists in Rivet City.

The easiest way to obtain it would be from Anna Holt in the Rivet City science lab. Doctor Lesko encountered during Those! and Doctor Banfield are also wearing one of these.

Worn by the Enclave doctor in the add-on Broken Steel. This outfit is similar to the scientist outfit, except that the female version has a teal dress instead of a dark blue one. 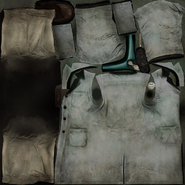 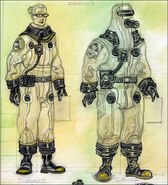 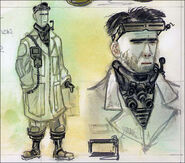