Scientists are survivors in Appalachia.

Scientists, like many others, re-entered Appalachia after the recession of the Scorched Plague. They have interests in researching the post-apocalyptic world, and can potentially be found in various random encounters.

Scientists appear only in Fallout 76, introduced in the Wastelanders update. 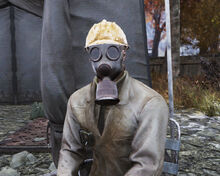