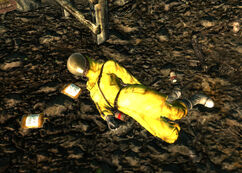 The scientist near the Vault 87 entrance

Various scientists are found dead across the Capital Wasteland.

Scientists are people who love to find reason in everyday occurrences, whether it be from physics, chemistry, biology or anything in between. However, in this pursuit for excessive knowledge about these occurrences, it can blow up in their faces... sometimes quite literally.

Scientists appear in all Fallout games, but these only appear in Fallout 3. 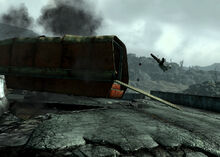 The scientist blown out of the truck 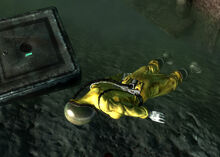 The lake scientist, near a safe 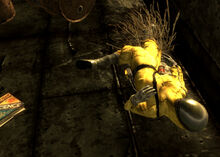 Scientist in dumptruck, Big Book of Science on the left
Add an image to this gallery
Retrieved from "https://fallout.fandom.com/wiki/Scientist_(Fallout_3)?oldid=3134427"
Community content is available under CC-BY-SA unless otherwise noted.