Sanctity of the Dead 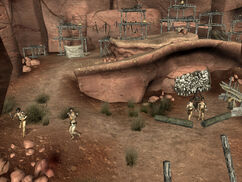 Kill the White Legs on the burial grounds 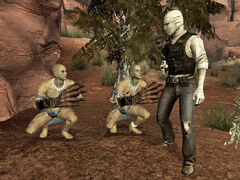 Decide if Dancing Flame should help or not

Sanctity of the Dead is a side quest in the Fallout: New Vegas add-on Honest Hearts.

This quest is optional and is received simultaneously with Flight from Zion, along with Prisoners of War and Retake the Bridge.

Retrieved from "https://fallout.fandom.com/wiki/Sanctity_of_the_Dead?oldid=3355492"
Community content is available under CC-BY-SA unless otherwise noted.