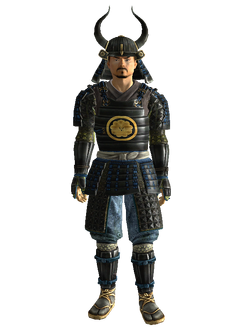 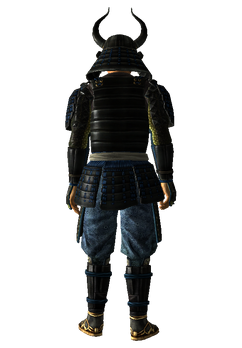 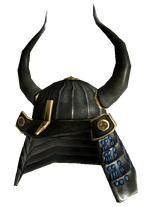 Samurai armor and the matching samurai helmet are pieces of armor in the Fallout 3 add-on Mothership Zeta.

The armor can be obtained by reverse pickpocketing Toshiro Kago with a stronger set of armor or taking it after his death.

The emblem in the armor is the "wood sorrel" mon, a popular mon that Toshiro Kago chose for his name at the beginning of the Tokugawa shogunate since the use of mon spread to all classes only during this period.