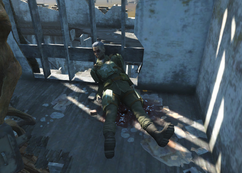 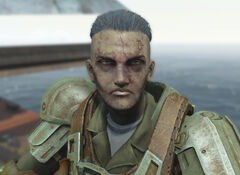 Sal was a treasure hunter until her death in Jamaica Plain in 2287.

A former Gunner, Sal was the head of an expedition trying to claim the treasure of Jamaica Plain, locked beneath the town hall. However, after months of planning, the rest of the team scattered (in her words "like radroaches") at the first sight of feral ghouls, leaving only Sal to hold the line as the heavy weapons specialist. She was killed by the ferals at the town hall, after fighting a running retreat.[1]

Sal appears only in Fallout 4.

Retrieved from "https://fallout.fandom.com/wiki/Sal?oldid=3285322"
Community content is available under CC-BY-SA unless otherwise noted.