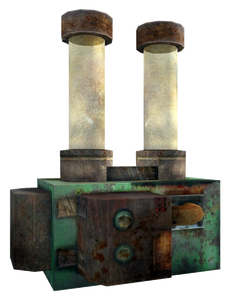 “I've finally done it! Who would have thought that the simple combination of mole rat meat and wonderglue would have been the answer?”— Ryan Brigg

Ryan Brigg's Wonder Meat is an unmarked and repeatable quest in Fallout 3.

Ryan Brigg is a hostile non-player character in Jury St. tunnels who experiments on making mole rat meat palatable. One can learn from a terminal in the area that he has finally succeeded in producing it. 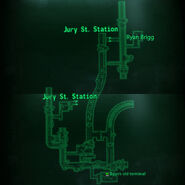 With all ingredients at hand
Add a photo to this gallery
Retrieved from "https://fallout.fandom.com/wiki/Ryan_Brigg%27s_Wonder_Meat?oldid=2757618"
Community content is available under CC-BY-SA unless otherwise noted.