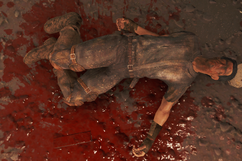 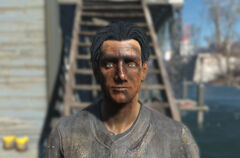 Russell Sutton is the son of Bill Sutton and Mary Sutton who can be found dead in 2287.

Russell's body can be found in Malden drainage just north of the Taffington boathouse.

In a note found on his mother, Mary Sutton, it is revealed that he found a holotape in the boathouse that revealed the presence of chems in the sewer.

Russell Sutton appears only in Fallout 4.

Retrieved from "https://fallout.fandom.com/wiki/Russell_Sutton?oldid=3287898"
Community content is available under CC-BY-SA unless otherwise noted.