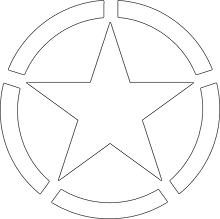 Colonel Robert Spindel was the commander of a military team originally sent to the West Tek research facility on January 3, 2076 to monitor the experiments conducted there in the interest of national security.

On January 7, 2077, all West Tek research was moved to the newly constructed Mariposa Military Base, along with Spindel's team. Spindel's second-in-command was Captain Roger Maxson.

On October 10, Maxson and his men discovered to their horror that the scientists at Mariposa were using military prisoners as test subjects in their experiments with the Forced Evolutionary Virus. Morale among the security detachment collapsed, and Spindel suffered a mental breakdown, locking himself in his office. Five days later, after attempts to talk to him through the door failed, Maxson and some other soldiers forced their way into Spindel's office, just in time to see him commit suicide, his last words to the team telling them he was sorry. After Spindel's suicide, Maxson became the de facto leader of the team which was later to become the Brotherhood of Steel.[1][2]

Colonel Robert Spindel is mentioned in Fallout, Fallout 3 and the Fallout Bible.

Retrieved from "https://fallout.fandom.com/wiki/Robert_Spindel?oldid=3410693"
Community content is available under CC-BY-SA unless otherwise noted.