The marketplace is the main business center of Rivet City on what used to be the aircraft carrier's hangar deck. There are five merchants there:

The Rivet City market appears only in Fallout 3 and is mentioned in Point Lookout[2] and in Fallout 4.

Potomac Attire and A Quick Fix 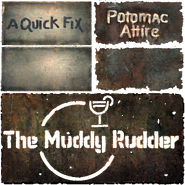 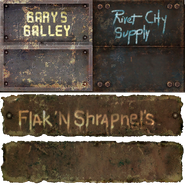