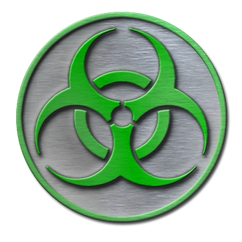 Research Plague Data was going to be a quest in Van Buren, the canceled Fallout 3 by Black Isle Studios. It is located in Boulder.

Buried in the logs are the notes on the original plague research and why FEV was prosposed to counter it. The Prisoner can learn about the different strains here, too. It can even be taken to the Nursery, either by holodisk or by transmission, where Diana can get a head start on finding a cure.

Strains of the plague: Player Strain, Road Strain (Eddie, Helen, kids), Scientist Strain aka Old Strain aka Zero Strain (scientists). The scientists got it from a lab they shouldn't have opened.

Retrieved from "https://fallout.fandom.com/wiki/Research_Plague_Data?oldid=2040558"
Community content is available under CC-BY-SA unless otherwise noted.