“Drive in, Fly out!”— Company slogan

Red Rocket Corp,[Non-game 1] simply known as Red Rocket, was a pre-War company that operated a nationwide chain of filling stations for automobiles, characteristic for their Raygun Gothic architecture.

The company started its rise in an age when gasoline and diesel were still used as fuel.[1] The fossil fuel market crash and the beginning of the Resource Wars in 2052 and the invention of practical fusion energy cells in 2066,[Non-game 2][Non-game 3] Red Rocket expanded rapidly nationwide, offering fusion and coolant refilling services,[2] as an early adopter, though gasoline and diesel continued to be sold throughout franchise locations,[3] specifically to appeal to those who owned pre-atomic/non-converted vehicles.[Non-game 4] On the east coast, Red Rocket held a veritable monopoly on the market for this reason.[Non-game 5][Non-game 6] Many of its gas stations had the capacity to refill nuclear engines.[4]

Red Rocket was very conscious about their public image, particularly concern for the environment,[Non-game 7] as well as family friendliness.[5] While customers were treated with care, if any posed any threat to the family-friendly image of the company, they were to be eliminated.[6][Non-game 8] By 2076, customer satisfaction rates were stated to be extremely high.[Non-game 9] Employees were expected to make every effort to reduce waste. One element of these efforts was the annual Trashbusters Award given to Red Rocket stations and stores who demonstrated the greatest year-to-year waste reduction.[7] Trashbuster recommendations could be given via mailing Trashbuster Recommendation Card through standard shipping rates.[Non-game 10] At certain areas, inspections were skin-deep, however, and unscrupulous franchise operators could win it simply by dumping their waste out of sight.[8]

Ad on a wall in Lexington 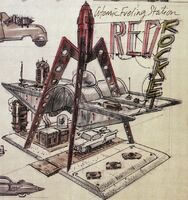 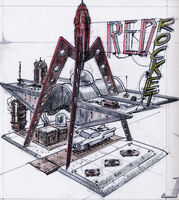 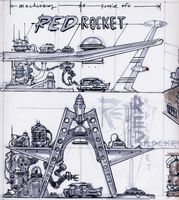 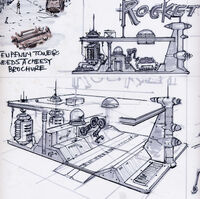 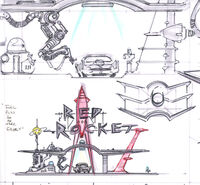 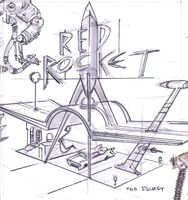 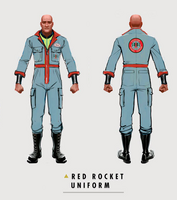 Red Rocket uniform from The Art of Fallout 4 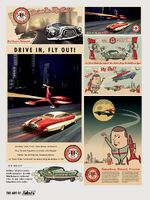 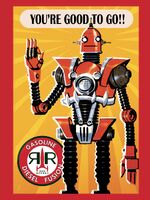 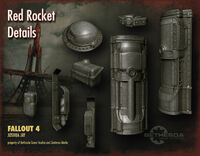 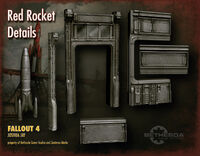 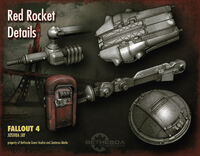 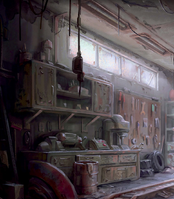 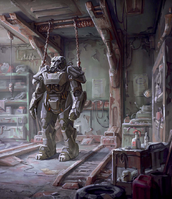 A banner for Red Rocket in the Fallout 4 teaser trailer