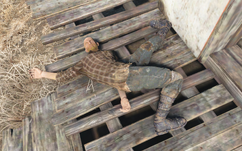 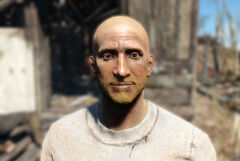 Randy is a deceased human just outside a shack on the southern tip of Spectacle Island in 2287.

Randy was a settler on Spectacle Island. The presence of a dead raider near his corpse implies he was killed by a raider gang that had landed on the south shore of the island. As evidenced by the writing in the signal checklist, Randy was one of the people who operated the mirelurk-repulsing signal beacon. At some point in time the system failed and Randy was killed while trying to fix it.

Randy appears only in Fallout 4.

Retrieved from "https://fallout.fandom.com/wiki/Randy?oldid=3146775"
Community content is available under CC-BY-SA unless otherwise noted.