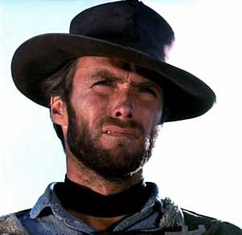 Help Beatrice in a bar fight

Ralph Peoples, born in 2209, spent most of his life wandering the wasteland. He would stop here and there to do the odd job, but never really stayed very long in one place. It was a stroke of luck when Governor Dodge came to Hoover Dam the same day that Ralph was there. Ralph took an immediate liking to Dodge, seeing that he could possibly make a difference at Hoover Dam, and make a home. So, when Dodge asked Ralph to be his police chief, Ralph did not hesitate to accept. Ralph had hoped he would eventually find a place to settle down, and it looked like Hoover Dam might be that place.

Ralph is a tall, somewhat lanky man with chiseled features and leathery, weather beaten skin. He has no fear of anyone and is only interested in upholding the law within Hoover Dam. The only thing that has him a bit concerned is the NCR-Brotherhood War. Ralph can see a real possibility of the Hoover Dam community collapsing and his home disappearing. If that happens, Ralph will just go back to drifting and taking the odd job here and there, especially if has something to do with bringing scum to justice.[1]

Ralph has his eye on the 3-Some Caravan, not trusting ex-cons (with the irony being Ralph was once a mercenary; not exactly a big cut above). He is always looking for a way to "expose" the Giordano triplets for the crooks he thinks they are, and the Prisoner can scheme to frame the 3-Some Caravan company to get them shut down (which will tickle Crimson Caravan to no ends). This is a big way to earn the trust of Crimson and find out about their little operation. Of course, the Prisoner has a chance to score even more brownie points with Ralph by exposing Crimson' plans (through evidence from their ledgers), but that would end with Hoover Dam having no caravan companies left over, which could be a problem in the long run (if the Prisoner framed 3-Some, that is).[1]

Ralph would not have many policing missions for the player, but would appreciate a player who is a snitch (read: informant). A couple of policing scenarios might seem a bit more than Ralph can chew and he could solicit the player for assistance, with the player choosing a violent or diplomatic solution.[1]

Ralph Peoples has not appeared nor is he mentioned in any published game. He was to appear only in Van Buren, the canceled Fallout 3 by Black Isle Studios. It is not certain if he will appear in any future Fallout game.

Retrieved from "https://fallout.fandom.com/wiki/Ralph_Peoples?oldid=3123912"
Community content is available under CC-BY-SA unless otherwise noted.