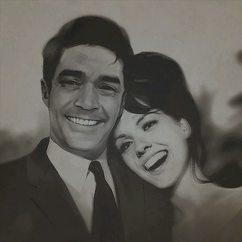 Raleigh Clay was a founding member of the Free States.

In addition to being the figurehead of the Free States movement, Raleigh was also a close friend of Senator Sam Blackwell for over forty years. He lived in Harpers Ferry for all of his life before the Great War.[1] Due to his foundation and open affiliation with the Free States, he was the target of many government-led attacks and derision in the eyes of the public,[2][3] which were contributing factors to the Free States' secession from America.

After the Great War, Raleigh emerged with his family and, using his Free States connections, he made an attempt at stabilizing the dangerous region of the Mire and to help the civilians that used to chastise the Free Staters. When Miranda Vox asked for help, Raleigh and his daughter Marty went to investigate. Raleigh would have left them to die, but Marty sympathized with the survivors and proposed the idea to rebuild Harpers Ferry. They accomplished this by fortifying the town and teaching its citizens how to survive.[1] It wasn't long until the Free States became involved with other groups. Raleigh, at first, was rather supportive of cooperation with the Responders but had been wary of the Brotherhood of Steel due to their demands for supplies. Shortly afterward, Raleigh led the push for the Free States to capture the Harpers Ferry Armory and use it as the staging ground for Free States operations after the war, as well as a way to prepare for any aggressions from the Brotherhood to try and get resources from them.

After seven years of reconstruction, their work was undone by a Scorched attack on the town, during which Raleigh's wife and Marty was among those killed.[4] This event led to Raleigh significantly pushing for the development of the Scorched Detection System to prevent future massacres from happening. However, he managed to take shelter back in his bunker and communicate to other Free Staters. His fate is unknown, as the bunker is abandoned by 2102 but there is no evidence of his death.

Raleigh Clay is mentioned only in Fallout 76.

Retrieved from "https://fallout.fandom.com/wiki/Raleigh_Clay?oldid=3188665"
Community content is available under CC-BY-SA unless otherwise noted.