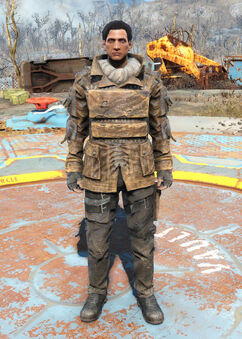 The Railroad armored coat Mark series are 5 pieces of clothing in Fallout 4.

A weathered brown coat, covered in metal plates which are attached with belts- some repurposed waist belts, some cut into the coat itself.