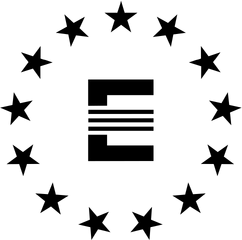 Major Ragnarsdottir was an officer in the Enclave loyal to Ellen Santiago before 2086.

Ragnarsdottir was an Enclave-affiliated member of the United States Armed Forces before the Great War. When the bombs dropped, the major survived inside the Whitespring bunker alongside then-Secretary of Agriculture Thomas Eckhart, Agent Grey and a group of generals and other loyal soldiers that had already been stationed in the bunker.

Ragnarsdottir survived Thomas Eckhart's purges of the bunker staff[1] and went on to serve as the Secretary's chief of recon operations and "recruitment."[2] By mid-2080,[3] the Responders became a natural source of recruits, though many would require brainwashing in order to be pressed into the Enclave's ranks. Both Eckhart and Ragnarsdottir were keenly aware that torture would not lead the United States back to supremacy. Ragnarsdottir's scouts discovered that West Tek's FEV research survived the nuclear blasts and also located the Chinese covert facility at Mama Dolce's Food Processing near Morgantown. Ragnarsdottir also oversaw the efforts to hack the election system in order to allow Eckhart to become the President of the United States/the President of the Enclave.[2]

As a commander, Ragnarsdottir was not deaf to the needs of his men and tried to accommodate these needs within reason. Minimizing casualties due to work accidents, like when Sergeant Donnelley nearly broke his neck while mounting communications dishes in Charlestown, were at the top of his list of concerns.[4] The major was also very liberal with ammunition assignments, to the point that Eckhart had to remind him that the bunker's automated assembly units could not keep up with the ammunition expenditure when 500 plasma cartridges were requisitioned only three weeks after filing a previous requisition order.[5] Ragnarsdottir was also quick to act when it came to missing research teams or soldiers.[6]

Over time, Ragnarsdottir began to have doubts about Eckhart's plans. As one of the officers in charge of gaining access to Appalachia's nuclear missile silos, he realized the connection between the automated DEFCON monitors and the situation in the region. Grey's argument for false flag attacks but the prospect "of putting Appalachia through hell just so [they could] finally win this war" did not appeal to him.[7]

When Eckhart started trying to trigger DEFCON 1 so he could launch nukes at China, Ragnarsdottir informed General Santiago of the lengths Eckhart was going to, which included unleashing scorchbeasts, Liberators and Huntersville super mutants on Appalachia.[8] When confronted with this knowledge, Eckhart drugged Santiago and kept her in an artificially-induced coma until he had need of her clearance.[9]

Ragnarsdottir discovered this and began gathering soldiers loyal to him and Santiago to take down Eckhart. In 2086, they made their move, successfully reviving Santiago from her coma and arresting Eckhart.[10][11] The uprising set explosive charges on parts of MODUS in an attempt to disable the AI which was loyal to Eckhart. This failed and in retaliation, MODUS destroyed the weapons lab and and ruptured a toxin tank that leaked into the air circulation system, suffocating all human inhabitants, including Ragnarsdottir.[11]

Ragnarsdottir is mentioned only in Fallout 76.

Retrieved from "https://fallout.fandom.com/wiki/Ragnarsdottir?oldid=3263174"
Community content is available under CC-BY-SA unless otherwise noted.