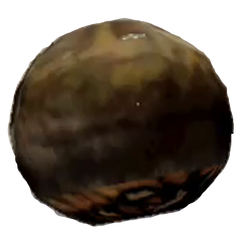 Radtoad omelette is a consumable in Fallout 76.

A radtoad egg which has been cooked to improve its nutritional value and remove some of the radiation. Consuming it will heal the player character and boost their endurance for a short period.

It can be crafted at any cooking station with the correct ingredients after having picked up a radtoad egg for the first time.

Retrieved from "https://fallout.fandom.com/wiki/Radtoad_omelette?oldid=3443798"
Community content is available under CC-BY-SA unless otherwise noted.