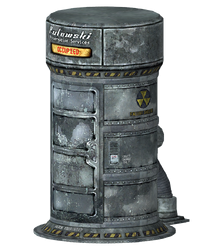 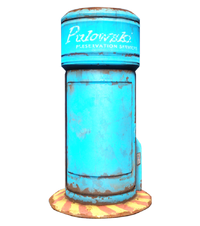 Preservation shelter in Fallout 4 and Fallout 76

“Pulowski: Nuclear protection on a budget!”

Advertised as a "sensible" and "affordable" alternative to the vaults, they were intended for use as a last-minute resort in the event of a nuclear attack. The shelter itself is firmly secured to the ground, and ventilation piping is attached to the rear of the booth. Some models have a luminous sign on the front of the shelter indicating whether or not it is occupied. Before the Great War, the shelters were used in the Pulowski Preservation Shelter Squat contest, hosted by Dick Shale.[1]

Though the shelters can shield against explosive force, they do not seem to shield against radiation. The installation of so many booths may have been due to the climate of fear before the Great War began. The shelters only had an air supply, no food or water, so the occupant's survival was dependent on what they were carrying at the time. The only advice offered after entering the booth is: "Wait for radiation to clear. Enjoy your stay."

Some of the shelters are in disrepair when encountered. Though apparently coin-operated, the player character can enter by pressing on the coin-slot (no money will be taken). Two centuries later, Pulowski shelters have found a new use in protecting citizens of the wasteland from its dangers; at least one non-player character (Bryan Wilks in "Those!") hides in a Pulowski shelter.

Conversely, in Paradise Falls the shelters are used as punishment cells; a Pulowski shelter at the far end of the settlement is used to detain unruly slaves, and is named "The Box." This shelter is unique in that it has also been modified to be lockable, imprisoning the slave (in this case, Rory Maclaren). The key to this shelter is in the possession of Forty, typically nearby sitting on a bench or patrolling around the destroyed car wall.

There are a total of 18 Pulowski preservation shelters located throughout the Capital Wasteland, including "the Box" at Paradise Falls, with a 19th being found in the same G.E.C.K. cell as the game's intro. A normally inaccessible 20th shelter is added by the Point Lookout add-on.

In Fallout 4 and Fallout 76, the Pulowski Preservation shelters are voiced by Elmarie Wendel.

Pulowski Preservation shelter just outside of The Capitol Building

Pulowski Preservation shelter just outside of the Arlington Library 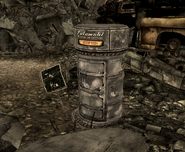 "The Box" in Paradise Falls

The 5 shelters on the road leading to Beantown Brewery

D.B. Technical High School
Add a photo to this gallery 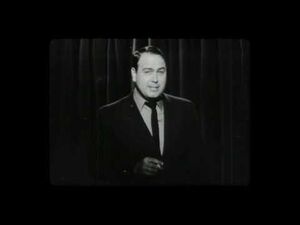 Retrieved from "https://fallout.fandom.com/wiki/Pulowski_Preservation_shelter?oldid=3529831"
Community content is available under CC-BY-SA unless otherwise noted.