The protest sign is a melee weapon in Fallout 76.

Before the Great War, there was a major push for the complete automation of Appalachia's various mining and industrial operations, spearheaded by Atomic Mining Services, Hornwright Industrial and Poseidon Energy. Disgruntled workers fashioned protest signs to convey their messages to these corporations.

Signs created by many of the replaced employees had no other opportunities, having worked in these places their entire lives. As the few companies retaining a majority human workforce, such as Garrahan Mining, could not afford to hire them, they were reduced to picketing their former workplaces to try and get their old jobs back. These initially peaceful protests later escalated into the automation riots which rocked Appalachia right before the Great War. After the war, the protesting workers either died or left, leaving their protest signs behind.

Signs found across Appalachia have one of several different slogans printed on them, including: 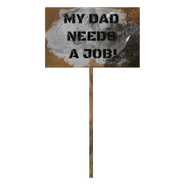 My dad needs a job! 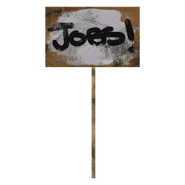 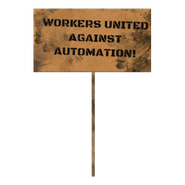 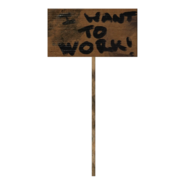 I want to work! 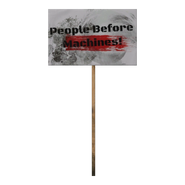 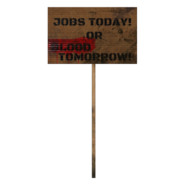 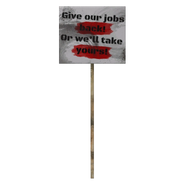 Give our jobs back! Or we'll take yours! 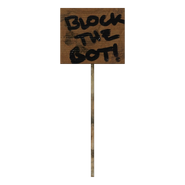 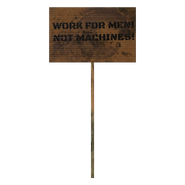 Work for men! Not machines! 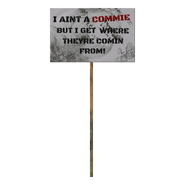 I aint a commie but I get where theyre comin from!
Community content is available under CC-BY-SA unless otherwise noted.
Advertisement