The Project V13 teasers are two videos released with the intention of introducing and promoting Project V13.

The first trailer shows a desk with a TV showing a "PLEASE STAND BY" Indian head test card, some bottle caps, several books such as Coping With Mr. Virus!, How to Eat Rat, Flotation Homes and Seaweed and the Vault Dweller's Survival Guide. Alongside the books are a Nuka-Cola bottle, a "Free Range brahmin" poster, and a phonograph playing the song Slave to the Blues by Ma Rainey.

The words "The Master Lives" and "(Heart Symbol) Harold" are etched into the surface of the table. The player character is seen from a first-person perspective with only their hands visible. They look through various pictures that are Project V13 concept art and then view a "Wishin' U Were Here" postcard with a hand-drawn Vault Boy. This serves as the signup form for The Armageddon Rag newsletter and beta testing. 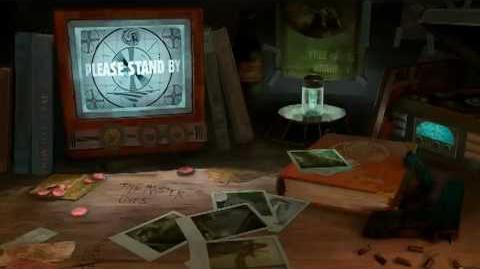 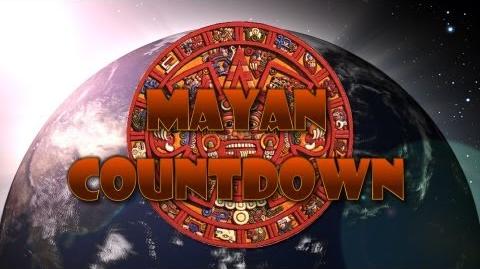 Retrieved from "https://fallout.fandom.com/wiki/Project_V13_teaser?oldid=3296086"
Community content is available under CC-BY-SA unless otherwise noted.