CEO of Interplay Entertainment (and other project management roles)
Hervé Caen is a French entrepreneur who founded Titus Interactive with his brother Eric in 1985. Titus acquired Interplay in 1999, and Hervé Caen became the CEO of Interplay.

Director, Interplay Entertainment (and other project management roles)
Eric Caen is a French entrepreneur who founded Titus Interactive with his brother Hervé in 1985. Titus acquired Interplay in 1999, and Hervé Caen became president of Interplay, which he still is as of 2009, while Eric Caen is one of the company's directors.

Lead Systems Designer
Christopher "Chris" Taylor, also known as ChrisT, was the lead designer of Fallout and a producer of Fallout Tactics. He was also the lead systems designer of both versions of Project V13. With Timothy Cain, he created the famous SPECIAL character system and much of the Fallout world. 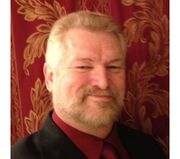 Writer
Mark O'Green is a designer that wrote most of the talking head dialogues in Fallout and Fallout 2. He is currently back at Interplay Entertainment, having worked on the (canceled) Project V13 project. He is also the principal author of The Armageddon Rag, the Project V13 newsletter.

Serg Souleiman moved to USA from Russia at the age of 10. He began drawing during his senior year of high school. After graduating from Burbank High School in 2000 he was hired by Rich Animation. A year later he enrolled as a full-time student at Laguna College of Art and Design.

Upon graduating from college, Serge began working at Spectral Motion as a character concept artist. When his contract ended, he decided to delve into the video game industry, and started working at High Moon Studios. He was subsequently offered a concept art position at Obsidian Entertainment, where he worked on Alpha Protocol as the Lead Environment Artist.[1]

Serge's next position was as Art Director at Interplay, where he worked on Project V13. His responsibilities there varied from producing concept art to managing outsourcing and incoming 2D and 3D assets, and managing other artists.

After Project V13 got canceled due to legal dispute between Interplay and Bethesda Softworks, Serge Souleiman moved to Microsoft Game Studios, and later to AKQA, where he is currently working as Art Director on the projects like The Elder Scrolls Online and Wolfenstein: The New Order.[2]

Сonsidering the long time collaboration between AKQA and ZeniMax Media/Bethesda Softworks, it is quite possible that one day Serg Souleiman will once again contribute to Fallout series.

Art Director
Jason D. Anderson, often credited as Jason Anderson, is a game artist and designer that worked on Fallout and Fallout 2 (leaving Interplay during early stages of development). He returned to Interplay to work on the original Project V13, before leaving them for InXile to work on Wasteland 2, and later Turtle Beach Studios.

Lead Concept Artist
Jeff Clendenning, is an artist who was the Project V13 lead concept artist at Interplay. Between 2006 and 2008 he worked as a senior artist at Obsidian Entertainment. 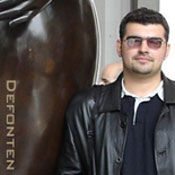 Concept Artist
Natiq "Defonten" Aghayev is an artist from Baku, Azerbaijan and a member of the Fallout fan community. His best known Fallout-related artwork, "City Ruins" has often been mistakenly assumed to be a piece of official Fallout 3 concept art by various websites and magazines.

In 2007 he was contracted by Interplay to create concept art for the original Project V13 (Fallout Online), working under the supervision of Jason Anderson. Part of one of his images was included on Interplay's "coming soon" teaser page before the company's new website was launched.

Concept Artist
Caleb Cleveland is an artist who created some of the concept art for Project V13, working under the supervision of Jason Anderson.

Content validation and liason to Masthead Studios
Alexandre Lainé is a developer who worked at Interplay Entertainment on the Project V13 projects as Associate Producer.

He worked with Masthead Studios on the "Fallout Online" incarnation. Invar and was responsifble for the content validation and overall project progress, ensuring the link between Interplay and Masthead. 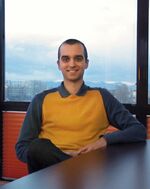 President - Masthead Studios (and other project management roles)
Atanas Atanasov is the President of Masthead Studios, the Bulgarian developer assisting Interplay Entertainment in Project V13 (Fallout Online). He has worked at the company since 2005.

Retrieved from "https://fallout.fandom.com/wiki/Project_V13_developers?oldid=3360902"
Community content is available under CC-BY-SA unless otherwise noted.