Small
“Put on your brightest smile because the new SnapMatic! Camera is coming to Fallout 76 on April 16. The SnapMatic! is a new item that you can equip like a weapon, but instead of firing bullets you’ll be shooting the Appalachian scenery and filling your photo gallery faster than ever before. This functional camera comes with a new quest, new challenges, and can be modded to add lenses. Of course, you’ll need to find a SnapMatic! of your own before you can begin snapping away.”— Inside the Vault: looking beyond patch 8

The ProSnap Deluxe camera, also known as the SnapMatic!, is a utility weapon introduced in the Fallout 76 update Wild Appalachia. It was added to the game in patch 8.5.

A compact rangefinder camera, the ProSnap Deluxe was manufactured for the discerning photographer, capable of accepting a variety of lenses for use in the field. These included 105mm and 200mm lenses, as well as ones offering more specialized functionality, including night vision and targeting lenses. A special gameplay feature of the ProSnap is the identification of subjects in the frame, including animals, people, objects and locations.[1] Photos captured with the ProSnap Deluxe are stored as if they were taken in photomode and may appear as loading screen backgrounds.

Crafting of the Prosnap Deluxe is unlocked once the broken camera has been obtained from the body of Ansel Abrahms or Anne Litzinger. See locations for more information.

To obtain the crafting plans, the player character must first find a broken camera on the corpse of a tourist (Ansel Abrahms or Anne Litzinger) at one of the many tourist sites in Appalachia. Along with the camera, there is a holotape and a note containing locations which prompts the quest, Bucket List.

There is one tourist's body per server, placed at a randomly determined location. The quest object Broken ProSnap Deluxe camera is instanced per player. Once obtained, it can also be crafted at a weapons workbench or tinker's workbench. After crafting a camera for the first time, additional broken cameras may be randomly looted from toolboxes.

The camera is visually nearly identical to the Argus C3 camera.

Prior to patch 1.1.4.3, using emotes while the camera is equipped will occasionally cause the player character to teleport by a seemingly random distance. Disconnection from the server may follow. [verified] 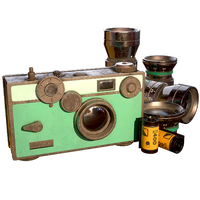 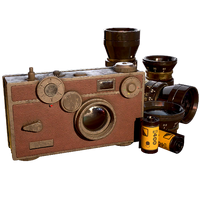 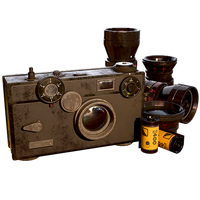 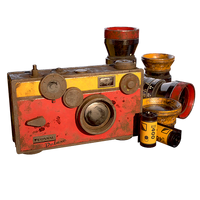 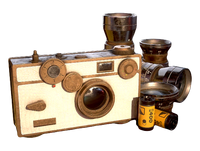 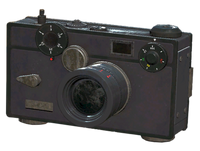 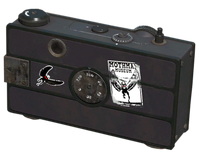