The Prisoner was the running name for the player character (PC) in Van Buren, Black Isle's canceled Fallout 3. Unlike the Chosen One, this character was not to be a descendant of the Vault Dweller, or any of the other Vault 13 residents. Despite that fact, the Prisoner wears a jumpsuit with similar colors to vault jumpsuits with a 13 on the back. This is because the Prisoner was assigned to Cell 13 in the Tibbets Prison Facility. This was most likely a reference to Vault 13 from Fallout.

If the player chooses to be male in the Tech Demo, their dialogue icon is an image of Eric Wu (creator of the popular website Eric Conveys an Emotion). Specifically, the image used features Eric being smarmy.

In one piece of concept art of the Prisoner (see picture below), the number on their jumpsuit is 114 instead of 13.

The Prisoner has not appeared in nor are they mentioned in any published Fallout game. They were to appear in Van Buren, the canceled Fallout 3 by Black Isle Studios. 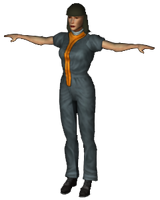 The Prisoner wearing the Cell 13 suit 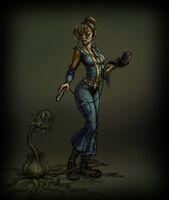 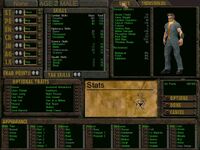 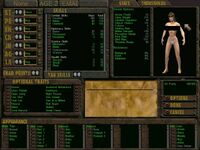