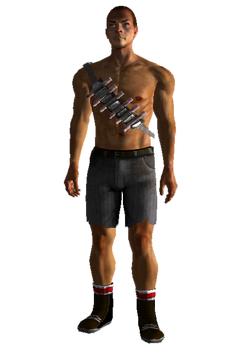 The Powder Gang simple outfit is a piece of clothing in Fallout: New Vegas.

Worn by Powder Gangers, it consists of a pair of black cutoffs and a bandolier with six sticks of unusable dynamite. It is worn less frequently by members than the other gang outfits. The female version looks the same as the Powder Gang soldier outfit. 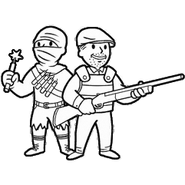