Poseidon Gasoline was a subsidiary of the energy conglomerate Poseidon Energy.[Non-canon 1]

Before the energy crisis which had begun in the mid-twenty-first century, Poseidon Gasoline operated some network of refueling stations, advertised with road maps for drivers.

The pose of Poseidon of the logo is similar to that of the Poseidon of Melos statue. The only addition being the gas pump in the righthand.

Concept art for a gas station 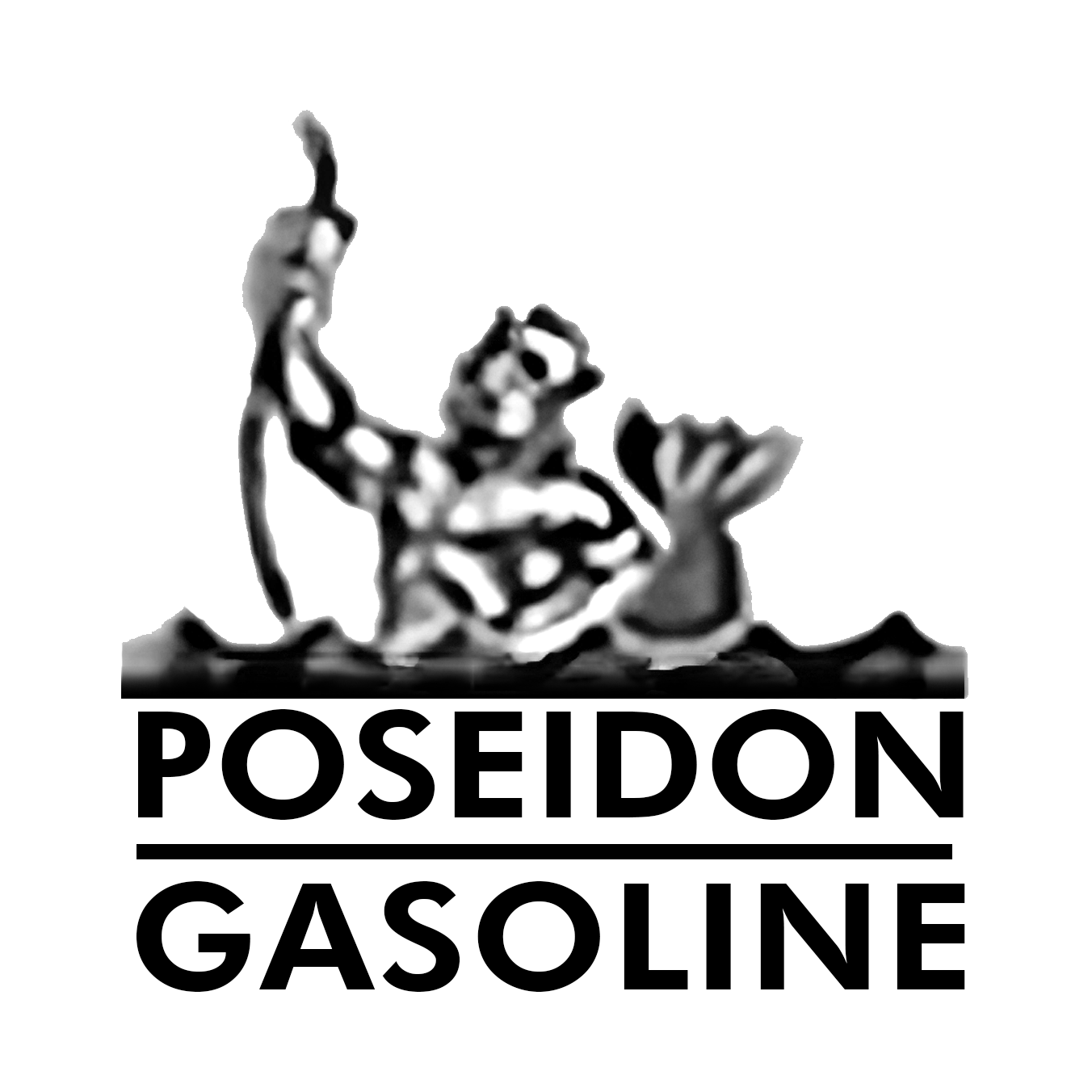