Key to the Past
Seeker of Mysteries

The Pleasant Valley Ski Resort is a location in the Savage Divide region of Appalachia.

Once a luxurious resort catering to the wealthy denizens of the Eastern Seaboard, with a variety of skiing and hiking trails, as well as luxury spas and other amenities, the ski resort boasted "an authentic rustic experience." In August 2076, the resort experienced blizzard-like conditions, described as "impossible for the time of year." Unknown to the resort staff, this was the result of the ATLAS Program testing its weather modification systems.[1][2]

The vacationers who were trapped here following the bombs dropping formed many of the raider factions who terrorized Appalachia. Cut off from civilization by the Great War, the wealthy clientele realized they had no meaningful survival skills or tools to eke out an existence when the supplies ran out. The brutal mountain winter of 2077-78 took a great toll, forcing them to turn to savagery and cannibalism. This led to the emergence of Appalachian raiders, led by the vicious David Thorpe, who quickly unseated Harland McClintock as the leader of the unpleasant folks of Pleasant Valley.

The resort has two major areas, the raider stronghold, crafted out of wood, junk, and canvas, and the derelict resort buildings. Several cabins can be explored in the area. The fortress used to cover the ground approach to the resort and was used as a stronghold and barracks by the raiders. It is still filled with their corpses and numerous weapon spawns. There's also a tuba in the cul-de-sac, for the musically (and experience) inclined.

The resort proper is mostly derelict and boarded up. Only the main building remains, accessible from the reception and luggage collection desk. From there, the player character can use the collapsed balcony to access the upper floor and descend first to the office and resort shop with a raider bot set up inside (with several high-value loot spawns in the back room), and to the basement, where the luggage area is located. Accessing it requires the ID card, located beneath the rug in front of the door. To find the key, the player character must first complete Rose's quest, Key to the Past.

The Top of the World and Pleasant Valley are based on the real world location of Snowshoe Mountain Ski Resort in Snowshoe, West Virginia. The Top of the World building has a check-in desk for the resort, lodging, and houses one of the ski equipment rental facilities.[3] 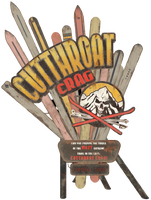