The plasma gun is a weapon in Fallout 4. Variants include the plasma pistol, plasma rifle, plasma scattergun and plasma thrower.

Plasma rifles or plasma casters are high tech weapons firing superheated bolts of plasma, powered by either microfusion cells, heavy energy cells, plasma cartridges, or plasma cores which find numerous applications in military and industrial fields. The bolts form into toroids in the plasma chamber, which are then sent down a superconducting barrel.[1][2][3] However, the plasma bolt chamber can be hotwired in order to accelerate the bolt formation process, effectively turbocharging the rifle.[4] The primary damage mechanism of plasma rifles is thermal transfer, causing serious burns to soft targets and melting hard ones. In extreme cases, the plasma can cause spontaneous dissolution of the target, including separation of soft tissues from hard ones or wholesale molecular destabilization that turns the target into a viscous green fluid.

Initially, the weapon was a bulky, industrial plasma caster, manufactured by Winchester Arms; while it performed admirably, it was expensive and required specialized training to use. An additional model known as the Gatling plasma, made in a similar fashion to the Gatling laser, would also come into use.

This plasma rifle is a lightweight urban warfare weapon created as part of a desire to replace the aging Winchester P94 "Plasma Caster" design. This design was produced and fielded in number prior to the Great War of October 23, 2077. This however was not the end of the design nor manufacture[5] of this weapon platform. Prior to the nuclear Armageddon, REPCONN Aerospace (as a subsidiary of RobCo Industries) would successfully develop an improvement from their spaceflight research, with significantly advanced factions tinkering with the design post Armageddon.[6]

Plasma guns are a versatile urban warfare weapon that can be used as a pistol, sniper rifle, semi-auto rifle, assault rifle, shotgun or even a 'plasma flamethrower.' It is usually encountered later in the game and found on technologically advanced opponents, although at even higher levels it can be found on raiders and legendary enemies.

Compared to the previous iterations, Fallout 4's plasma projectiles travel much faster and cause both ballistic damage and energy damage as opposed to only energy damage. It is capable of high damage output (inflicting more than 100 damage in both ballistic and energy damage), however its plasma cartridge ammuntition spawns less frequently, and bolts are slower in comparison to other weapons, which outside of V.A.T.S. can lead to accuracy issues.

The plasma scattergun variant with a scope

The plasma thrower variant in a pistol configuration

The plasma rifle variant fitted with a sniper barrel 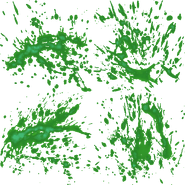