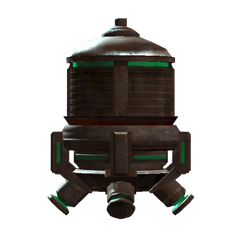 The plasma grenade is a weapon in Fallout 4.

Crafting plasma grenades requires considerable skill and some rare components, but the result is a compact explosive that deals a powerful combination of ballistic damage and energy damage.

Only the ballistic damage portion receives the benefits of damage boosting perks such as Demolition Expert and Bloody Mess, the energy damage component remains static. 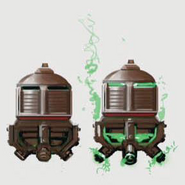 Retrieved from "https://fallout.fandom.com/wiki/Plasma_grenade_(Fallout_4)?oldid=3103812"
Community content is available under CC-BY-SA unless otherwise noted.