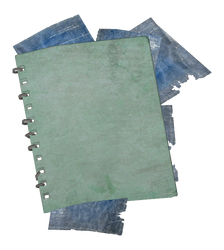 Plan: Meat Tenderizer is a plan in the Fallout 76 update The Legendary Run.

The plan allows the Tenderizer to be crafted at a weapons workbench.

The original plan was removed from the first version of Meat Week, as it was presented during the Nuclear Winter update, but was re-implemented in The Legendary Run update.

Retrieved from "https://fallout.fandom.com/wiki/Plan:_Meat_Tenderizer?oldid=3478637"
Community content is available under CC-BY-SA unless otherwise noted.