Pitt raiders are unnamed members of the ruling faction of the Pitt in 2277.

The first time Pitt raiders of the generic variant are encountered is in the Capital Wasteland when answering Wernher's radio signal. In the Pitt itself, they are guarding every area except for the steelyard. Generic Pitt raiders are marginally stronger than standard raiders; they also have slightly superior armor and equipment.

The three Pitt raiders sent to pursue Wernher into the Capital Wasteland may be equipped with metal armor, making them somewhat tougher than average.

Guards are found in the Pitt's Downtown and the Mill, watching the slaves. They are armed with 10mm SMGs and tire irons and wear one of the Pitt's raider armor variants.

If one manages to lure any friendly rendered raiders (such as any raider encountered through a random encounter or any raider that followed them from the nearby satellite towers) towards where one finds Wernher fighting with Pitt raiders, the Capital Wasteland raiders will actually shoot at the Pitt raiders, and leave Wernher alone.

Pitt raiders only appear in the Fallout 3 add-on The Pitt.

Dead raider in the Pitt steelyard 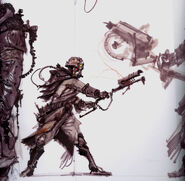 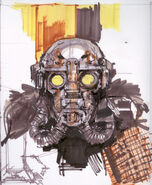