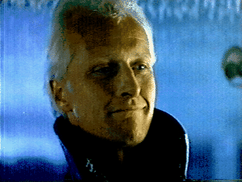 Pierre LaPoubelle is the chief engineer of the three former Brotherhood of Steel scribes in the Hoover Dam Engineering Facility in 2253.

Pierre LaPoubelle was born in 2201. He is a former scribe from Maxson's Bunker, along with his other scribe colleagues. He came to Hoover out of frustration with the direction the BoS were going and wanted to lend his services to the growing community of Hoover Dam, despite the fact the government was NCR based. It is due in large part to Governor Dodge's fair-handed and peace-seeking ways of ruling that Pierre and others stayed in Hoover Dam and volunteered their services. However, neither of the former scribes told the truth about where they came from because they did not want to jeopardize the lives of their remaining friends at Maxson's Bunker.

Pierre is a strong and hearty looking man in his early fifties. He is very smart and loves to dive wholly into his work. He is currently working on creating stronger and heartier wheat and corn that can grow in the wasteland's hard and dry soil. Also, he is working closely with Otto Steed to try and find a better water filtration process to turn the non-drinkable irrigation water into a fully drinkable version.[1]

His last name means "the trash" or "the bin" in French.

Pierre LaPoubelle was to appear only in Van Buren, the canceled Fallout 3 by Black Isle Studios.

Retrieved from "https://fallout.fandom.com/wiki/Pierre_LaPoubelle?oldid=3123922"
Community content is available under CC-BY-SA unless otherwise noted.