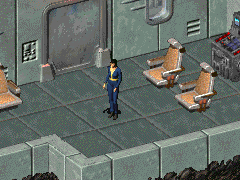 Given the name of her dialogue file, Vcnancy.msg, originally Phyllis was to be named Nancy, with a similar pun on "preg-nancy".

Retrieved from "https://fallout.fandom.com/wiki/Phyllis?oldid=3130862"
Community content is available under CC-BY-SA unless otherwise noted.