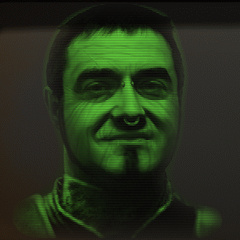 Peter is a pre-made player character in Fallout Tactics.

Peter has been trained under his father, who was a medicine man for a small village. One day, he was out of the village gathering herbs when the raiders attacked the village and wiped out his family. He now heals for the Brotherhood of Steel, in the hope that they will make the raiders feel some of his pain.

Peter appears only in Fallout Tactics.

Retrieved from "https://fallout.fandom.com/wiki/Peter_(Fallout_Tactics)?oldid=3206283"
Community content is available under CC-BY-SA unless otherwise noted.