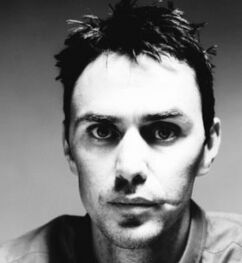 Trade Holodisks to the Geeks

“There's chaos theory and even chaos, when you break it down, has laws. Human beings seem random, they're not, they're held together by the same sort of laws. I keep thinking there's one theory that ties it all together, but I don't know what.”— Paul

Paul is one of the scientists living at the Boulder Dome in 2253.

Paul is one of the "grad students" sent to the Boulder Dome by Victor Presper and was the first to discover that the facilities ZAX unit was dangerously close to cannibalizing itself as well as discovering the Sleepers.[1] He is a Mentats addict that specializes in physics and programming. He has an energetic nature, and is willing to work as long as it takes, even 36 hours straight. He doesn't understand the concept of blame and never takes stuff personally. He has never dreamed in his life and prefers to avoid social situations altogether. Paul has also fallen in love with one of the Sleepers.[2]

Paul, along with all of the scientists, was infected a strain of Limit 115 while exploring one of the Dome's labs.[3]

Agnes feels affection for Paul, mostly like a stray son. She realizes he likes to be alone and would like to help him make sense of the world, but is concerned about his health and increasing isolationism.[4]

Xian has always treated Paul like one of the orphaned younger brothers she used to have. She doesn't think he is particularly smart, just a little crazy. She is worried about his mental well-being as he once asked her if she would put him to sleep in one of the Sleeper spheres.[5]

Goddard knows Paul is smart, but his quirks irritate him and he won't assign him complicated tasks.[6]

The scientists have a meticulous daily routine. After waking up they check the power conduits to the food supply, testing the mix. After that they check for anything that needs immediate attention followed by a health check including blood samples and a complete physical, logging it into to the computer to study the plague. They check the safety seals in their respective areas and regroup to inspect their protective suits before putting them on and re-inspecting each other's suits. The scientists check their Pip-Boys, log the routine and perform a perimeter walk of Levels 1-3. They log Presper's activity and check on ZAX, getting a report. Finally, they check on the fusion plant and assess the perimeter of the complex for leaks or possible break-ins. After all of this they will try to spend at least an hour learning something about the Dome and the curriculum.[7]

Paul was to appear only in Van Buren, the canceled Fallout 3 by Black Isle Studios.

Retrieved from "https://fallout.fandom.com/wiki/Paul_(Van_Buren)?oldid=3124018"
Community content is available under CC-BY-SA unless otherwise noted.