Park Street station is a location in the Boston Common neighborhood of Boston in 2287. It is on the Green and Red Lines in the subway system.

Park Street station is in the northeastern part of Boston Common, and can be used to access Vault 114. It was a subway station until some point before the Great War, when its ownership was transferred from the MTA to Vault-Tec Corporation. Vault-Tec used the station as an entrance to Vault 114, their newest construction project, which was exclusive to Boston's upper-class citizens. Once inside the vault, the residents were to be subjects in a social experiment which would place them in very harsh conditions.

The location contains both the subway station itself and the unfinished area behind the Vault 114 door where the tunnel ends. Vault 114 does not technically begin until entering the area past the large room with the construction equipment.

The station entrance leads down an escalator and into the first room, where there are several hostile Triggermen. A few odds and ends can be looted here, some of which are behind a Novice-locked door in the storeroom behind the counter. In the same storeroom, there is also an Expert-locked floor safe. A sleeping bag and a mattress are also on this level.

Going down to the next level will lead to the subway tunnels. The stairwell is trapped with a bathroom scale triggering a makeshift bomb on the wall. In the first subway platform area, a bed is in a small side room to the right along the southeastern wall. A Novice-locked door on the northwestern wall across from the bottom of the stairs leads to a dead-end corridor containing a tripwire triggering a rifle trap, a sleeping bag, and an Expert-locked safe.

The second subway platform area to the northeast has a door on the northwest side which leads to a manhole exit to Back Bay. At the end of the tunnel to the northeast, the right track ends at some rubble, and the left track leads to the vault door.

Through the vault door is a pair of rooms with many Vault-Tec crates and boxes and a Vault-Tec terminal with information about this vault and a "social experiment" that was to be conducted here. Down a set of stairs to the northwest is a large unfinished room with construction equipment and more Triggermen. To the northeast is a small room with a drop down to the entrance to Vault 114.

While accessing the control panel to open the Vault door, V.A.T.S may suddenly break. In order to fix this, you must load a previous save and attempt to open the door again.[verified] On PC, this can also be fixed by opening the console and typing DumpInputEnableLayers, noting the layer number that has VATS in it. Then type ResetInputEnableLayer x, where "x" equals the number of the VATS entry. If pushing the button did not open the door, type SetStage DN142 50, which advances the quest and starts the door opening sequence. 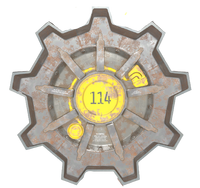 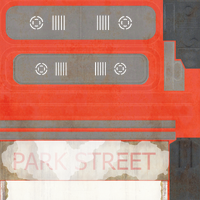 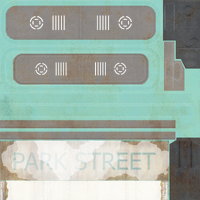