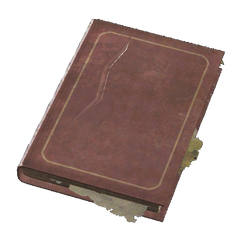 Overdue books are a recurring item throughout the Commonwealth in Fallout 4.

When a book is returned to one of the special terminals, the player character receives five book return tokens. The tokens can then be exchanged for a variety of prizes. The most notable of them is a copy of the Massachusetts Surgical Journal from a terminal in Boston Public Library.