Open the Secondary Silver Mine 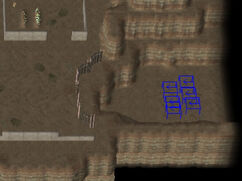 Open the Secondary Silver Mine was going to be a quest in Van Buren, the canceled Fallout 3 by Black Isle Studios. It was to be located in Blackfoot Village.[1]

With some well-placed explosives, you can open up a section in the back of the Storage Cave, revealing another cave with some silver. Then you can mine it with the mining quests.

Retrieved from "https://fallout.fandom.com/wiki/Open_the_Secondary_Silver_Mine?oldid=2153647"
Community content is available under CC-BY-SA unless otherwise noted.