The Ohio River is an unmarked location, a river running between former U.S. states of Ohio and West Virginia.[1]

The Ohio River is formed north of the Appalachian region, flowing south and serving as the border between the former states of Ohio and West Virginia. The river is mentioned on a plaque in front of the Silver Bridge, detailing the bridge's collapse and aftermath. Before the Great War, the bridge crossed the river here, serving as a connection between the towns of Gallipolis and Point Pleasant.

The Ohio River appears in Fallout 76.

View on the river 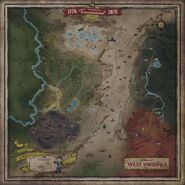 The Ohio River on the Fallout 76 world map, marking the western edge of the playable area 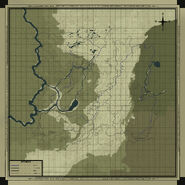