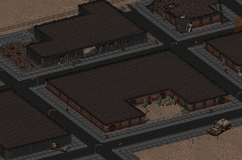 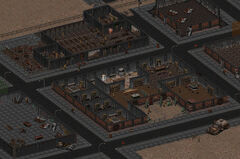 The easternmost district of New Reno is the East Side, under the Wrights' control.

Nearly the entire area is covered by the Wrights' mansion and a narrow-gauge railway station across the street. Since the Wright family has a strict policy of staying away from drugs, the Chosen One won't be able to get their hands on any here, which isn't the case with the other crime families of New Reno.

New Reno East Side appears only in Fallout 2.

Retrieved from "https://fallout.fandom.com/wiki/New_Reno_East_Side?oldid=3150551"
Community content is available under CC-BY-SA unless otherwise noted.