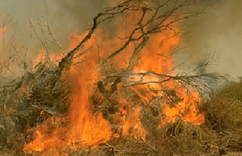 New Canaan Connection was going to be a quest in Van Buren, the canceled Fallout 3 by Black Isle Studios.

Jeremiah Rigdon, the living prophet of New Canaan, wishes to enter into a trade agreement with Phil, Sparky, and Frank at Burham Springs. In exchange for a regular supply of coal, Jeremiah will trade corn, brahmin milk, brahmin beef, and water. However, he is concerned that the trio at Burham Springs may fire at will on the New Canaanites if they approach. He would like the PC to go negotiate with them and establish a trade caravan.

Retrieved from "https://fallout.fandom.com/wiki/New_Canaan_Connection?oldid=2810678"
Community content is available under CC-BY-SA unless otherwise noted.