The Nellis hangars are two large hangars in the northern section of Nellis Air Force Base in 2281.

There are two hangars, the mess hall & munitions storage to the north and the aircraft hangar to the south. Jack can be found wandering in this area. During the midday hours, Loyal can also be found in the hangar if he is away from his house.

The Nellis hangars appear only in Fallout: New Vegas.

After raising the crashed B-29 in Callville Bay and completing Volare!, the hanger does not update and you can't see the bomber being repaired. This is because Jack or Loyal may have become stuck in the old hangar and don't exit and renter, thus the changes never take place. [verified] 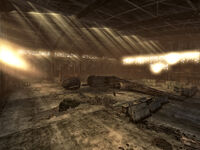 The Hangar with Jack and Loyal 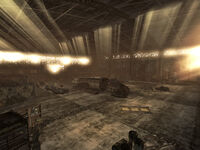 The other hangar, also with a B29 bomber 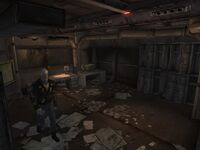 Loyal in the hangar 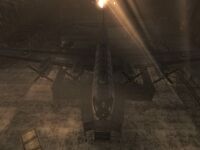 Boomers working on the new B-29