Nectar Collecting for Fun and Profit 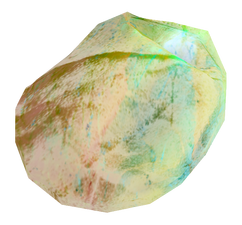 “If you can gather more for me, I would certainly love to have them. I'm certain Marigold's tunnels are rife with the original brood.”— Weston Lesko

Nectar Collecting for Fun and Profit is an unmarked and repeatable Fallout 3 quest.

Doctor Lesko in Grayditch will ask the player character to gather fire ant nectar (he will not take regular ant nectar). Lesko is initially located in his underground lab in Marigold station; he will eventually move back to his shack after the quest Those! has been completed.

Initially, fire ants can be found in the settlement of Grayditch and the Marigold Metro tunnels located beneath it. However, when killed, the fire ants do not respawn, limiting the number of opportunities to gain fire ant nectar. After Those!, any remaining ants above ground in Grayditch will disappear, even if they had not been killed. Any fire ants normally found in the Marigold Metro tunnels that were not killed during Those!, will continue to be present in the tunnels until killed.

The base percentage chance of the nectar being dropped by workers is 40%; for soldiers and warriors, 70%. These percentages are influenced by the player character's Luck.

Retrieved from "https://fallout.fandom.com/wiki/Nectar_Collecting_for_Fun_and_Profit?oldid=3229724"
Community content is available under CC-BY-SA unless otherwise noted.
... more about "Nectar Collecting for Fun and Profit"
RDF feed
Has platform
PC +  and Playstation 3 +