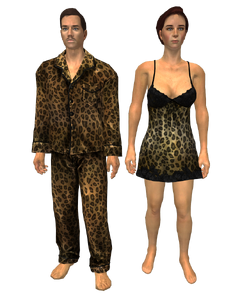 The naughty nightwear is identical to the version in Fallout 3.

It can be purchased only from Mick at Mick & Ralph's in Freeside.