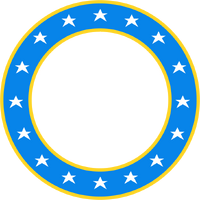 The National Guard was part of the reserve components of the United States Armed Forces, composed of National Guard militia units of each state, territory, and the District of Columbia, for a total of 54 separate organizations. National Guard units were under the dual control of the state and the federal government. They served as a domestic defense and disaster relief force during peacetime while during wartime, they were also deployed abroad as front-line troops alongside other Army or Air Force units.

During the food and resource shortages in the United States in the 2070s, protests and both the food and automation riots, the National Guard was in more demand than ever before in its history.[1] They came to be widely used as strike breakers to suppress these riots, with Guard units and regular troops deployed across the country in the worst trouble spots. One such deployment was following the labor strike of Poseidon Energy Plant WV-06.

After Poseidon Energy developed and installed the Poseidon Power Management System it essentially rendered the facility automated. The employees, feared being fired as so many others were, worked with the Associated Miner's Union to peacefully protest and try to renegotiate their work contract. While they're trying to guarantee their own job security, under the terms of the existing contract with Poseidon they were fired the second they joined the picket line.

While the now jobless protesters continued to gather more pressure and support, the plant's chief of security Brent Olson decided that instead of negotiation they should call in the military. Since its reactivation Energy Plant WV-06 was using newly discovered ultracite to provide power to the region, making it easy for the company to convince the government that the strike had become a matter of national security.

Since sending in soldiers to clear out what was a peaceful protest wouldn't go over well in the media, a conspiracy to remove public support for the workers began. To tarnish their image, Olson needed the protesters to become violent. The plan was for the National Guard to launch HalluciGen gas at the protesters to incite them into attacking one another, then the Guardsmen could use whatever force necessary to quell the riot.

Poseidon's first step was to forcibly detain the union sympathizing manager Renee Hargraves, so she wouldn't interfere in the operation. When the National Guard were deployed they released their gas, however it worked too well. While the gas did forcibly incite most of the protestors to violence, instead of attacking each other they charged the National Guard lines, quickly overwhelming them, and stormed the power plant. With the Great War occurring soon after the incident ended, those left alive had other matters to attend to.

Already deployed en masse to ensure order,[2] on October 23, 2077 they had a twenty nine minute early warning of the oncoming nuclear attack from the Department of Defense via the Defense Intelligence Agency.[3] Although in the dark the National Catastrophe Relief Auxiliary were also deployed en masse in accordance to their scores in preparatory drills.[4]

After the nuclear detonations devastated the nation all the surviving, and still active, personnel executed their respective contingency plans: establishing checkpoints, evacuating the populace, initiating cleanup operations and locking down contaminated areas and vital parts of the infrastructures.[5] They continued to operate for a few days after the bombs fell, however between the radiation and violence that followed in the days after most servicemen deserted and went out into the new wasteland, with those who stayed finding themselves soon overwhelmed by the collapse of society. The National Guard had ceased to exist.

The remnants of their contingency plans still litter the landscape. Checkpoints – although ravaged by time – may still contain large stockpiles of ammunition and equipment among the remains of the guardsman; still guarded by their robotic materiel.[5]

As a reserve military force the National Guard typically used the same materiel as the United States Army and Air Force, however due to their reserve nature and the needs of the ongoing Sino-American War, the National Guard was primarily outfitted with surplus equipment.

An abandoned National Guard checkpoint in the Wasteland

Another checkpoint near Northwest Seneca Station, set up to bar civilians from entering a radiation cleanup area after the war
Add an image to this gallery

The National Guard is mentioned in Fallout 2, Fallout 3, the Fallout: New Vegas add-on Honest Hearts, Fallout 4,Fallout 76, and its update One Wasteland For All.

Retrieved from "https://fallout.fandom.com/wiki/National_Guard?oldid=3353134"
Community content is available under CC-BY-SA unless otherwise noted.