Things That Go Boom
Kings' Gambit
For the Republic, Part 2

Fallout: New Vegas
“The NCR Embassy is the headquarters for the NCR on the Strip. The Ambassador and his offices are there as well as the MP headquarters.”— Unnamed NCR trooper posted at the station

The NCR Embassy is a location on the New Vegas Strip.

Under the terms of the New Vegas Treaty, the New California Republic (NCR) was able to establish an embassy on the Strip to resolve and negotiate issues with Mr. House. It is located at the end of the Strip, within a rundown building across from Michael Angelo's workshop. The embassy has had three ambassadors since its establishment including Phillip Granger, Susanna Edith, and Dennis Crocker.[1][2]

The NCR Embassy compound consists of two buildings, including the embassy itself and the NCR Military Police Headquarters. During the day, Ambassador Crocker can be found in his office at the end of the hall within the embassy, one of few rooms to the left of the reception desk (or as the receptionist will inform you, at her right). To the receptionist's left are several supply rooms, barracks room, dining hall, and the office of Captain Marie Pappas. 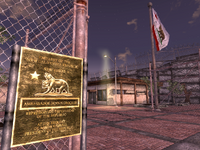 The NCR Embassy, as it appears in the opening scene of Fallout: New Vegas 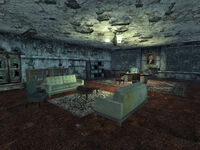 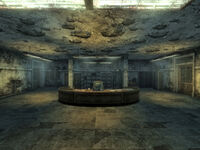 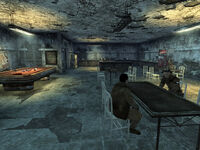 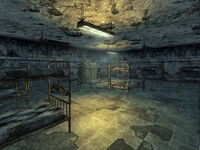 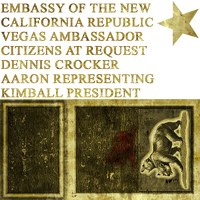