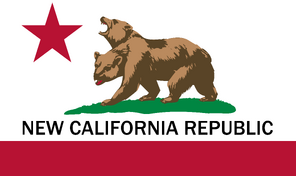 “I've got three Fiends I want dead, and I don't give a goddamn how it gets done. That sound like something that interests you?”— Major Dhatri

The NCR-Raiders War is a continuous conflict between the New California Republic and the wasteland's various raider tribes.

The NCR seeks to eradicate raiders, as the original Khans nearly destroyed Shady Sands before it could become the NCR. When the NCR rose to power, they led great military strength against the remnants of the Great Khans, Vipers and Jackals, whom they pushed to the Mojave Wasteland.

Retrieved from "https://fallout.fandom.com/wiki/NCR-Raiders_War?oldid=3172856"
Community content is available under CC-BY-SA unless otherwise noted.