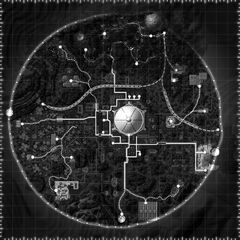 The mysterious broadcast is a radio station in the Fallout: New Vegas add-on Old World Blues, inviting the Courier to Big MT. The broadcast enthusiastically invites listeners to a "Midnight Science Fiction Feature!" while playing a downbeat jazz theme that "makes your head hurt." Jazz tunes previously only heard in casino lobbies (including old ones from Radio New Vegas and Mojave Music Radio) are played as well.

The mysterious broadcast can be heard upon installation of the Old World Blues add-on and plays throughout the Mojave Wasteland. It appears to originate from the crashed satellite at the Mojave Drive-in.